You have no items in your cart. Want to get some nice things?

We need the books that affect us like a disaster, that grieve us deeply, like the death of someone we loved more than ourselves, like being banished into forests far from everyone. 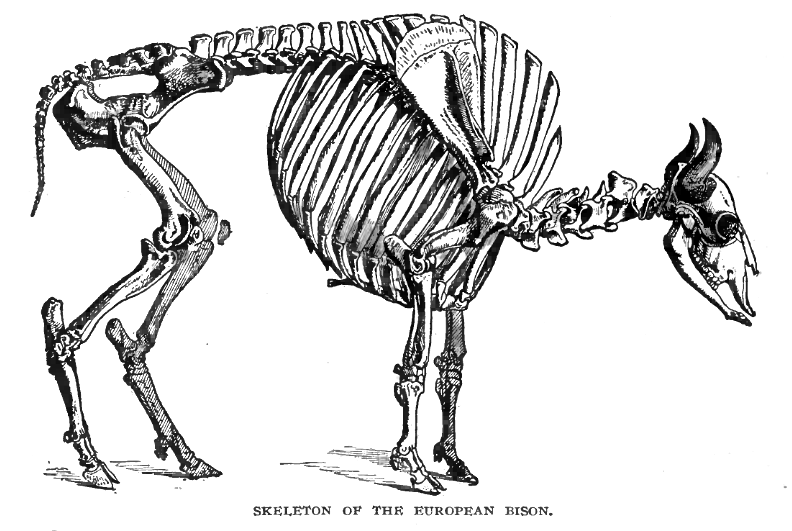 Litro’s Poland issue got me thinking about the woods.  You see, there’s a forest in Poland which is arguably the most important in Europe.  Puszcza Białowieska.  The largest surviving remnant of the vast primeval forest that would once have sheltered all of Europe under a single green roof.

They say that the Białowieża Forest is where we all once were.  Once upon a time, gnarled and ancient trees such as those now confined there grew from the steppes to the Atlantic.  Men and women painted in woad tracked elk and wolf through thicket and glade.  The plants were the people’s gods and their sustenance, their shelter and their fuel and their secrets.  They shared them with the wisent, the European wood bison, the last herd of whom still graze in the darkest depths of the Białowieża.

Nature never did betray the heart that loved her.

We live in a romantic era.  It might not seem that way, when we wake after too many whiskies in a rain-drenched concrete jungle, but we do, at least as far as our woodlands are concerned.  When we talk about nature we talk like 19th-century poets.  We cast it as beautiful and more honest.  We are nature-lovers.  We retreat to nature, set nature to symphonies on our television sets, frame nature on our walls.  Last year, when the British Government tried to privatize the country’s forests, there was uproar, even from those who visit forests rarely.  We like, I think, to know the woods are there for us.  They’re a safe haven.  They’re like an elderly and wise grandmother we might visit when urban life gets tough.  She gives us a sense of permanence, a sense that our lives are rooted in older things.

This is, of course, a deeply selective love.  Real nature is full of disease and poison and predators, but we don’t hang pictures of slime mould over the mantelpiece.  British forests in particular have been carefully managed to keep the unseemly at bay.  If it threatened to kill us we killed it back, long ago.  Our woods are gardens now, which we can retreat to for pleasure, but which have little of the true wild about them.  But Białowieża?  It is still as wild as it was at the dawn of time.

…Now the great flaming wheel
On the treetops descends, and a misty gloom steals
Down on crowns, trunks and branches, and lower descends,
The whole wood now unites, as if fuses and blends;
And the forest looms black like a mansion gigantic.

Just like mansions gigantic, very old forests are invariably haunted. Białowieża Forest is no exception.  When the Nazis occupied Poland, Hermann Göring seized Białowieża for his own pleasure.  It is one of the ironies of history that the idea of the pure, primal wood compelled Göring to protect it from deforestation.  Other senior Nazis wanted to fell the trees to eradicate shelter for resistance fighters and to create agricultural land to support the Reich.  But for Göring, as Simon Schama puts it:

It was a heiliger Hain, a “sacred grove.”  Not a leaf was to suffer hurt.  Fur and feathers were to be strictly protected.  For the elk and bison were now his elk and bison – German elk and bison.

Göring set about ensuring that Białowieża matched his own romanticized image of the primeval forest, and anything that didn’t fit into his vision he attempted to eradicate.  Louise Murphy’s novel, The True Story of Hansel and Gretel, describes some of what that felt like on the ground.  It follows the story of a young boy and girl left in the Białowieża by their parents, in the late days of the Nazi occupation.  They assume the names of their fairy-story counterparts to try to cover up their Jewishness, and their story somewhat mirrors that of the one told by the Brothers Grimm.  It is a moving novel but a hard one, full of the grim realities of the era.  Its Białowieża is a harsh forest of hiding places, both a refuge for its child heroes and a place in which their enemies can conceal executions.  Dangers and helpers both emerge suddenly from among the trees, but whereas the children become dirty and wild-haired like the peasant folk who aid them, the Nazis are shown to be inorganic monsters.  A trio of soldiers are described as passing, ‘One in front.  Two behind in perfect formation.  Precision even at midnight on a dirt road while chasing subhumans in eastern Poland.’

The original Hansel and Gretel tale resonates for the same reasons that Louise Murphy’s novel does:  vulnerable children, at the mercy of both nature and amoral adults, make for compelling characters.  Although we wouldn’t much like to, we can all imagine what would probably happen to children lost in the forests of the real world (The True Story of Hansel and Gretel, while carefully researched and full of much truth, is not actually a true story).  In fiction, at least, children left in the forest tend to survive.  What’s interesting is who saves them.  It’s rarely the adults who do so, but nature itself.  Even in a folk tale as rarely bleak as Babes In The Wood, in which the two wandering infants do perish, nature affords them some final dignity when a robin buries them under leaves.

Children are saved by the forest all of the time.  From the Narnia books to Where the Wild Things Are, the forest serves as a place of liberation from the dangers of the adult world.  It might very well be terrifying, it might flash fangs at them along the way, but among the trees children learn their own power to withstand.

The great black forest – stern as it showed itself to those who brought the guilt and troubles of the world into its bosom – became the playmate of the lonely infant, as well as it knew how.  Sombre as it was, it put on the kindest of moods to welcome her … A fox, startled from his sleep by her light foot-step on the leaves, looked inquisitively at Pearl … A wolf, it is said, – but here the tale has surely lapsed into the improbable, – came up, and smelt of Pearl’s robe, and offered his savage head to be patted.’

It is good to know that the Białowieża Forest sits under its own green shadows on the edge of Europe, despite its tortured history.  It is good to know that somewhere beneath its canopy the last of the European bison chew the cud, and it is good to think of them as the hoofed populace of some wilder time, still plodding through the tangled primeval forest.  Yet even in this precious relic of a place, history impedes a good story.  Today’s bison are all descendents of zoo-bred animals.  The last wild European wood bison was eaten in 1919.  Praiseworthy game-keepers, conservationists and forest-managers have worked wonders to rebuild a single herd, bringing the animals in to feed for the winter, monitoring their numbers, trying to teach them how to live independently in the woods.

To look too closely at nature is to spoil the fictions we create about it.  We know full well that the domain of human things isn’t, whatever else it may be, innocent, but to romanticize nature is to give the world its innocence back.  That is sometimes more valuable than telling the truth.  In stories, children get lost in primeval forests and are rescued by wolves and fauns and wild things because we adults need to believe such places remain with us.  Then we may have hope that we, too, might wander under their branches some day.

Ali Shaw is the author of the novels The Man who Rained and The Girl with Glass Feet, which won the Desmond Elliot Prize and was shortlisted for the Costa First Book Award. He is currently at work on his third novel.

Any cookies that may not be particularly necessary for the website to function and is used specifically to collect user personal data via analytics, ads, other embedded contents are termed as non-necessary cookies. It is mandatory to procure user consent prior to running these cookies on your website.